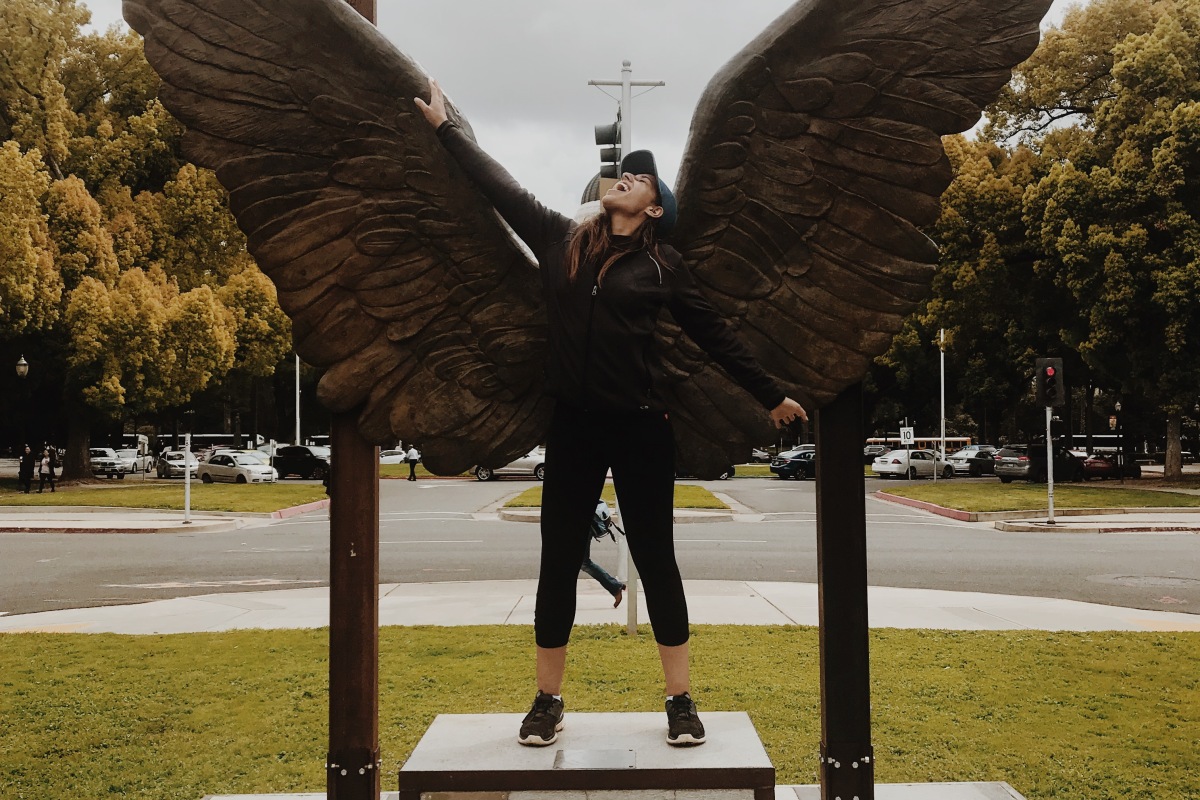 Praise God for new beginnings! I thought I would keep it light-hearted my next post since it’s the Holidays. People all around have heavy hearts during this season with missing loved ones. I’m going to share a story that has recently happened in my life that I hope inspires you!

Going off of my last post, I told you I got the job I was praying for. Let me tell you how it all went down. In late September I was laid off from my full time job I had been at for almost 2 years. I was working over 50 hours a week and got burnt out. I barely saw my husband, family or friends. It wasn’t the grind I wanted for the rest of my life. The lay off was devasting because it was a shock yet, I was relieved. In this time, I took the first 2 days to feel sorry for myself and then got back to reaching out to people and applying EVERYWHERE. Except, I didn’t want to go backwards or just go anywhere. I worked my butt off to get to where I was but I yearned for something fulfilling. If you are working at a 9-5 for 5 days a week, you spend MOST of your life with the people you work with. Shouldn’t it it be an enjoyable environment with people that care about you inside and out of work? I wanted that. Loved ones said to just get in where I could even if it was part time. I took the advice but deep down I was telling myself, don’t settle. I practiced talking to God constantly. Telling Him what I wanted for my family, my future, and said I trust Him with my finances. He put it on mine and my husband’s heart to get emerged in community. Boy did we need that! Going through something that impacts your life that greatly takes more than 2 sometimes. We joined a church. Took the courses needed to become members. There was a luncheon right after the second service we attended in October.

What Happened at the Luncheon?

My husband and I were introduced to the Assistant Executive Pastor. He found out what we both did for a living. (I began to hate that question as you can imagine.) As I went on to describe what I enjoyed about my last job he said, “You have to meet my sister-in-law!” I walk over to her and introduce myself and we immediately connected. She told me about her work and I saw this light in her that was filled with joy. I thought to myself, I have to check out what she does. The downer was that they don’t hire until spring time. She told me it wouldn’t hurt to just put in an application. So the next day I researched the website of the company and the day after that I applied. (That was mid-October)

I get a text from new friend who introduced me to the company saying “check your email!” I have my first  interview set! I asked her how could this be? I thought they didn’t hire until spring time? Lo and behold, a position opened up and they decided they were going to expand the company by 2-3! Um…what!? So fast forward, I had 3 more interviews and fell in love with the whole team, what they valued and the culture was fitting.

My husband has a meeting with 3 gentlemen that he had never met before and they don’t know me either. My husband talked about me and one gentlemen was taking down notes. They began to pack up and put their notepads away. Before they departed, one man asked deeper on what I do. My husband began to share what I enjoyed about my last job. The same man who was taking notes says “Wait a minute! Hold that thought right there.” He begins to pull out his notepad and flips to the page that he wrote “‘Wife? Webconnex” My husband and everyone at the table almost lost their jaws in awe of what just happened. A man who has never met me was going on to recommend a company to me that I already had interviewed for! Again…um what!? Turns out he knows one of the founders and while my husband was talking me up, this man thought of this company. That’s not the end of the story!

Did you get that Job?

I had my last interview the first week in December and a week later I get the final offer! Of course I said yes! A few days later I get this text message from my friend, here’s the real kicker, (the sister-in-law from the beginning of story) whom already works there:

“Lauren! _guy_ just came in and _guy #2_ saw him recently and he gave him the note _guy #2_ jotted down during the meeting with your husband!! So _guy_ shared that with a few of us at work…so cool!!!!! He has the receipt!”

Wow! – He Has the Receipt

When I heard that…after the fact I already got the job, I now had confirmation from God that I am meant to be there.  So to the man who prophesied over me, through my husband, from God…THANK YOU!

God is good and I hope you can see that. Coincidences or sense of knowing? 🙂 Stay tuned and leave a reply below to let me know how you’re liking my content.

4 thoughts on “Story I- New Beginnings”